No you did not read that wrong,

Canarian Legal Alliance has yet another Supreme Court Sentence

As previously determined the highest ranking court in Spain has reaffirmed that contracts which run for longer than 50 years contravene timeshare law, deeming them illegal. 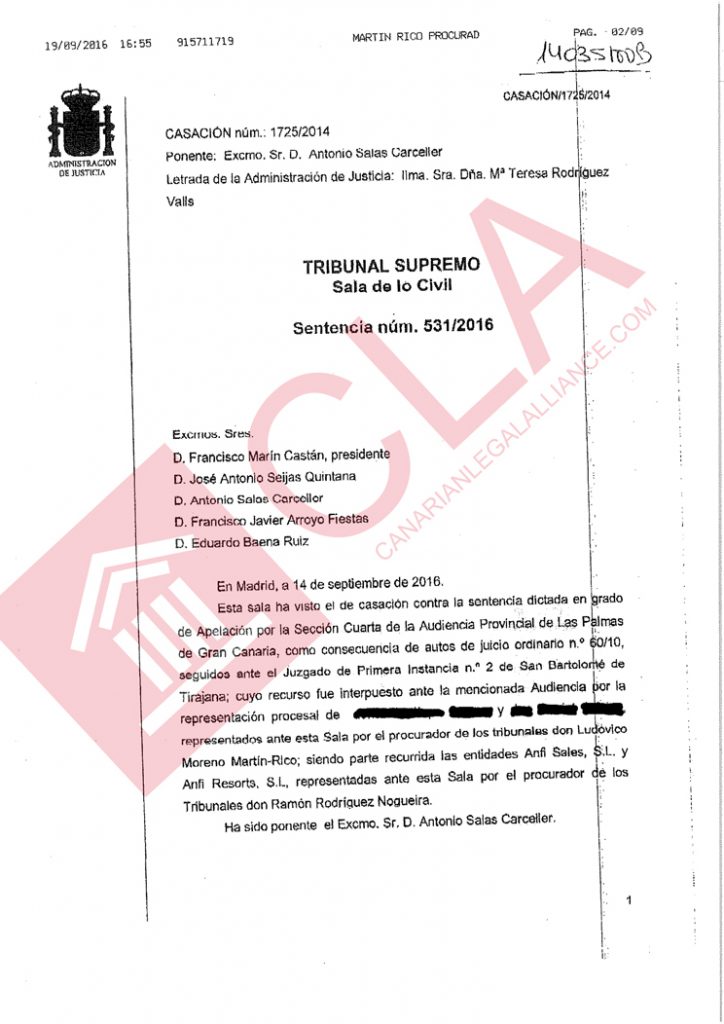 The Supreme Court declared our clients Anfi contracts null and void with the return of £31,548 plus legal fees and legal interest.

Over the last 12 months CLA has had numerous rulings concerning the “perpetuity” clause, each one confirming the precedent set by the Supreme Court. It is impossible to overstate the extent to which the Supreme Court rulings have affected not only the lower courts but the timeshare world in general.

If your Timeshare contract runs longer than 50 years then contact us TODAY for a FREE, NO OBLIGATION assessment.

Your money CAN be recovered.